Our faculty member Asst. Prof. Dr. Kerem Bayar was awarded TUBITAK 3501 Research Grants as part of 2019 Spring application cycle. We congratulate our faculty and wish him success in his future studies.

Ride comfort is among the most important assessment criteria regarding automobiles and buses today. The current trend is usage of semi-active and active suspension systems for improving ride comfort. However, it is observed that the technology associated with these suspension systems have not matured yet. When the academic and the industrial literature regarding ride comfort is analyzed, it is seen that most studies focus on robust adaptive control strategies that optimizes ride comfort under different road surface roughness levels. Another hot research field in vehicle dynamics literature is control allocation approach, which aims at controlling the longitudinal, lateral and or vertical motion of the vehicle simultaneously and in a coordinated way. A pioneering version of such a coordinated control approach is observed in some production vehicles equipped with semi-active or active suspension systems. It is observed that stopping distance may be reduced for these vehicles by modifying the damping coefficient of the suspension actively in real time during ABS braking. An active suspension system equipped with a linear electric motor will be developed in this project. The proposed active suspension system is a relatively new concept compared to the suspension systems utilizing hydro-pneumatic actuators. In this sense this project is considered to be the start-up project of the researcher, pursuing a long-term academic career in the field of vehicle dynamics and control. The active suspension control algorithm developed for controlling the motor will be tested with simulations first, prior to prototyping. The tire vertical stiffness and the sprung mass will be estimated in real time with the developed control algorithm. With this aspect, the control algorithm is hoped to contribute to the active suspension applications in the literature. Then the active suspension prototype developed and validated through simulations will be tested by a dynamic testing machine and a shaker. In these tests the suspension will be excited with not only specific frequencies and amplitudes, but also random inputs representing roughness of real road surfaces. The second unique aspect of the developed control algorithm is related to the testing of the two linear electric motors with hardware-in-the-loop simulations. Vehicle dynamics models developed with Matlab-Simulink will be loaded to the HIL simulator. Then two linear electric motors will be controlled with a control allocation algorithm with the objective of not only enhancing ride comfort, but also reducing vehicle roll and pitch motion during different maneuvers. The control allocation developed has two unique aspects: Through a cost function embedded in the control allocator, excessive increase in wheel travel and suspension deflection will be avoided. By means road holding and handling will not be degraded. The second one is the feature of the control allocator during ABS and or ESP activation: The algorithm will allocate motor forces such that wheel load values that optimizes the performance of these features will be generated, this time without degrading ride comfort. The last step is mounting the electric motors to a real vehicle and testing them with road tests. The electric motors replaced with the conventional dampers of the rear suspensions will this time be controlled with the objective of enhancing ride comfort and reducing pitch. The outcome of this project would be quantified basically by the journal and conference publications at the end of each step summarized above, and the national patent application for the developed active suspension system. 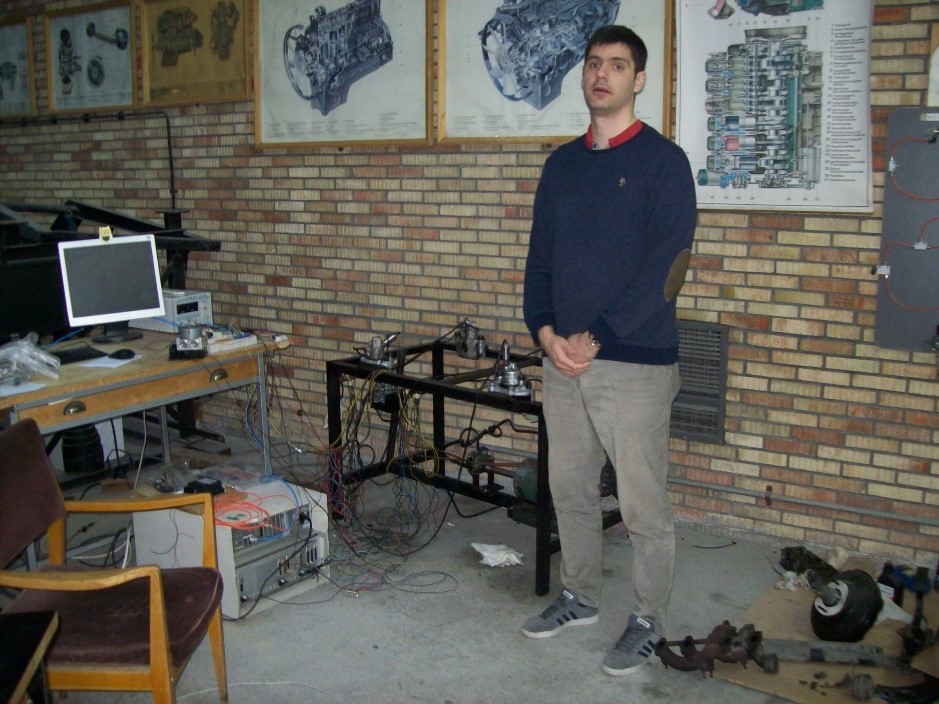